Blogging for the littlies 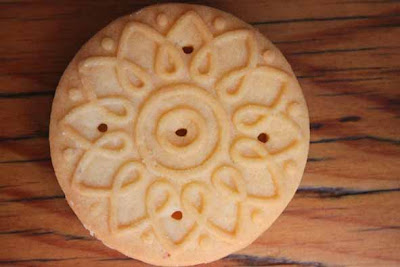 This picture I took while looking around the house for interesting but commonplace textures for some design inspiration. I like to inspire...

So rather than just waiting for one of my ambitious projects to take off I have decided to just throw some inspiration out there....

I have started another blog that actually provides pictures, text and video to encourage young kids to behave scientifically. Scienceplay - is aimed at bright and curious young kids and their teachers, parents and carers. Check it out.
Posted by Kate Vyvyan at 4:18 PM No comments: 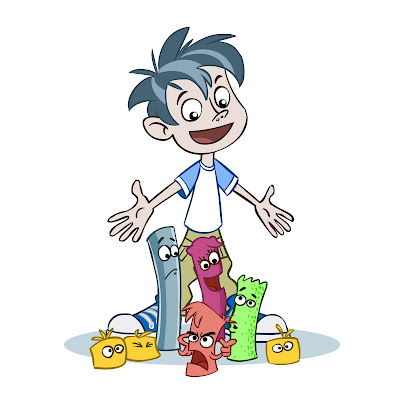 I know I know everybody is turning to developing Apps as the next big thing and yes so am I. I see the ipad and other tablets as a perfect place for preschoolers and my projects to meet and I want to make it happen.

Smart phones and especially tablets with their touch screen ability have blown the new media market open to preschoolers. Preschoolers have Mummy’s mobile and they aren’t going to give it back (until the battery has run out.) Stories and play is preschooler work

in the job of growing up and they come together like magic with a tablet in their lap.

Otto Plus the Oobly Dooblies is a concept that has just found it’s time. The Oobly Dooblies will take over the world. The Oobly Dooblies are just plain fun. Importantly the learning is embedded, like the physics in games like Cut the Rope, which children as young as three years old can play. Nobody mentions gravity or angular momentum there and likewise nobody mentions three, four or even five, minus, multiply, volume or area when the Oobly Dooblies are doing their thing but it is all happening. We all enjoy play and challenges and play is how young children learn, the more engagement the more enjoyment and the more learning. Who wouldn’t want practical problem solving to be colourful, musical and funny?

Otto Plus the Oobly Dooblies has all the right ingredients for engaging pre-schoolers -story, interactivity, music, imagination, colour, movement, humour, connection to their lives and where they are at, embedded learning, explorative free play, creative opportunities, appropriate challenge.

I'm excited, how about you? Well hang on in there, I want to get it right but Otto Plus the Oobly Dooblies is on the move.
Posted by Kate Vyvyan at 6:03 PM No comments:

A leaf each out of two books makes a picnic

I have played around as a preschooler would in order to learn. I have had an idea and conducted an experiment to test the idea. I have taken a leaf out of two of the books I preach and put them into practice.
The truth is I am not sure what I've got. Maybe you would like to judge?
I have a 16 minute trial episode for a preschool reality show of sorts. My friend Diva Donna the snail has become the Diva that picnics - Penny Picnic. And Alfie is back, older, longer, leaner and with some pals...
Picnic Time with Penny Picnic. watch the full ep her on blip.tv or just a little sample below.

I took my four year old to watch Tangled yesterday evening. I enjoyed the film but for him it was a traumatic event. It reminded me that not all preschoolers want life and death conflict in their media. We both loved a beautiful scene where thousands of lanterns are launched into the night sky from a picturesque island based city with castle atop (of course.)(tangled image) It was a great bit of animation but another reminder, that young children can appreciate moments of emotion and beauty. Although for my son it might have just been a break from the stress of danger and scary characters. Although in the end everyone in the film turns out to be good hearted, bought out of them by Rapunzul's glowing nature, except of course her two faced 'mother' or at least the woman she believes to be her mother - Mmmmm. Very scary concept, discovering that the woman that says 'I love you' everyday is in fact using you.
Of course Tangled is a Disney Princess movie, so a love story, rags to riches (though reversed)a finding of self etc So not really preschool themes. Well maybe finding one's self, managing to do things by ones self, developing an understanding of the world - these are as true to preschoolers, and to bigger children as to adults.
I ponder all this today as I sit down to write a short film aimed at Preschoolers. This is about a little boy who finds a strange creature and sets about trying to look after it. So yes about finding oneself and the ability to think about how to do things for another person and from a Science point of view it is about the essentials for life; food, rest, shelter... and what all living things do; eat, grow, poo...
Posted by Kate Vyvyan at 1:22 AM No comments:

Treasure has been on my mind. I have found lots of new treasure lately on account of being in new places.
It has inspired me. I have been working on a new preschool series concept about some treasure hunters of a webbed feet sort.
I have also made a book called The Treasure Hunter's Guide which you will find on blurb.com
A Treasure Hunter's Guide by Kate Vyvyan | Make Your Own Book

This book is about what I think treasure is... ie a sight, a sound, a taste, a moment, an object.... It is something a little out of the ordinary that makes you feel good and it is something that has potential.

Looking for and spotting treasure is part of being curious, observant and having a wonder for the world about us - all good science skills.

I was lucky enough to stumble upon quite a sight the other day while walking in the woods. A snake had caught a frog and before my eyes a battle was going on for the frog's life. I thought the snake had bitten off more than he could swallow and my own and my family's own nutritional needs called so I left them to it. But on returning a couple of hours later I discovered the snake had in fact managed to devour the frog. This sort of epic struggle goes on all the time but to catch it is special and the sight of it is a great reminder of what life is really all about. So it is treasure too. And now it is on YouTube for everyone to share.


Wildlife has been a big part of our treasure finding here in British Columbia. You can go looking for it but more often than not it just visits us. 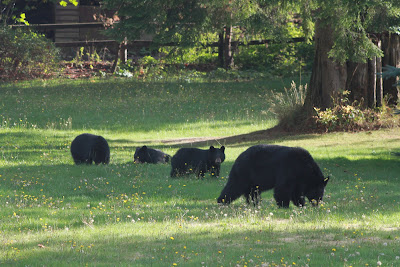 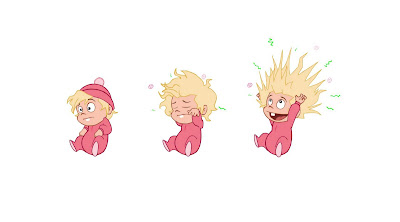 Heaps of fun - View the pilot! Through Kidscreen or IMDb (see other page top right)
This project needs investors to really take flight (no special hair tricks like Spikey D.)
Posted by Kate Vyvyan at 1:16 AM No comments: 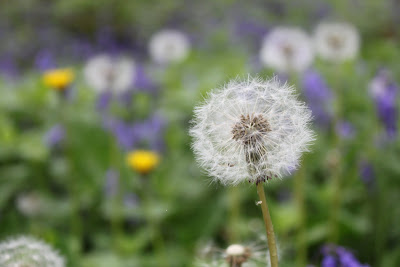 It has been a while since I appeared to do anything, but I have had a period of change. A sabbatical of sorts. I have been separated from creative partners but walked in beautiful places and had many distractions removed. It has invigorated my creativity and ideas are starting to flow faster than I can do anything about them. (Time is always a problem.)

There once was a project called Rainbow Dragons that first appeared during a course on fantasy writing. It first took some form with the help of the Key Frame scheme and some talented animators in training. It took a slightly different with the help, enthusiasm, hard work and skill of Buddhi of Beyond Motion. But....

Right now it is reforming again.

I got some feedback from an important source, just a little with a hint of encouragement - but it was enough what with my little sabbatical and space from things too see the truth in it. And despite all the hard work in some aspects of the project (hard work is never a waste) Rainbow Dragons that was, which became Tridragonal Set Go! has been stripped back, simplified, given a dynamic boy lead and has been reborn as Otto + the Oobly Dooblies. And boy does it work.

I thought "what is at the heart of the project" - that only took a millisecond to answer - The Oobly Dooblies - fun, colourful, acrobatic number representations.

I thought "what is important about this project" - the integrated multi platform nature and the highlighting of maths in the everyday and in story.

I thought "what is the problem with this project" - too high concept, too hard to explain, some people get it and others just really don't, too much in it. But most importantly I realised I was asking preschoolers to swallow too much (make too many leaps of imagination and faith if you like.)

I suspect that underlying all this is some wisdom from the Little Airplane Academy Preschool Intensive that I attended back in February in a snowy New York.

Anyhow must get on, I have a couple of other preschool projects asking for work and a photobook idea....
Posted by Kate Vyvyan at 7:30 AM No comments: